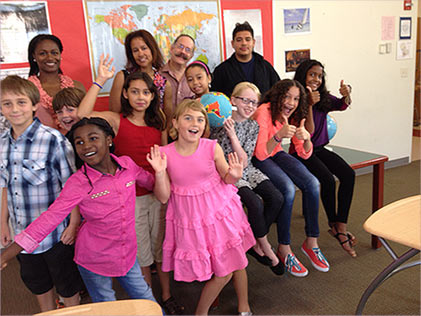 The students performed their song for the entire school adding a new level of courageousness to their experience. And they were so inspired by their song subject that they chose to start an anti-bullying campaign in their school. Throwing cliques and daily pettiness aside, the class came together as one to write a powerful song and create an important social action campaign. As a teacher, I couldn’t be prouder.

IN HONOR
IN MEMORIAM
DONATE ONLINE

Imagine the faces of students who have just written a powerful song that makes history and current events come to life.

Imagine seeing the faces of normally shy students proudly sing their song before their peers.

And then imagine these students inspiring other students to join them in STEPPING UP! and making a difference in their community .

It is an amazing thing to behold and your contribution will help students from all walks of life engage in this pivotal life experience!

Your gift will help sponsor:

WALL of the COURAGEOUS

Michelle shows compassion and strength everyday. She was called upon as a First Responder in the Navy Yard Shooting and she was one of the few non law enforcement individuals at the scene. Her courage in the wake of such a tragedy helped others cope with the circumstances.

Michelle comforted the survivors and was there to inform families who had lost a loved one in the tragedy. During the year, Michelle not only helps many who are grieving, but also organizes and manages a summer camp for children who have lost a loved one. Her dedication to these children and the help, activities and understanding she provides instills courage and strength in the campers and also a foundation to move forward after experiencing personal tragedy. Her courage is seen everyday in the many people she helps!

While taking her son to religious school one icy Sunday morning in ’98, she had a terrible car accident. She was in a coma for 6 weeks and suffered traumatic brain injury. She had to relearn how to speak, read, walk and cook, which she said she was never good at before the accident! The recovery process was long and painful.

“Equal rights for the disabled are not a social action item,” she argued, “but a matter of synagogue administration throughout the institution.” She alerted the audience that the special education law is up for re-authorization in Congress, and that the impact of disabilities factored into employment, Medicaid, and long-term health care law too. She concluded that universal design helps everyone, and urged congregations to engage the guidance and participation of disabled volunteers, saying “Nothing about us without us!”
Today, Rabbi Lynne F. Landsberg is Senior Advisor on Disability Issues for the Religious Action Center of Reform Judaism in Washington, DC. Rabbi Landsberg is co-founder and co-chair of the DC Jewish Disability Network—a coalition of national Jewish movements and organizations advocating for the civil and human rights of people with disabilities. She also serves on the Steering Committee of the Interfaith Disability Advocacy Coalition–a coalition of representatives from national denominations and faith groups (Christian, Jewish, Muslim, Hindu and more).
Rabbi Landsberg is founder and co-chair of the Central Conference of American Rabbis’ (CCAR) Committee on Disability Awareness and Inclusion. She is co-founder of Hineinu: Jewish Community for People of All Abilities. Hineinu is an historic and innovative collaboration of the Conservative, Orthodox, Reconstructionist and Reform Jewish Movements. Disability professionals from each stream share resources, support and direction in order to increase disability inclusion in synagogues for people of all abilities.
Rabbi Landsberg was Associate Director of the Religious Action Center, Reform Judaism’s social justice center in Washington, DC (1988-96) and then Regional Director for the Union for Reform Judaism’s Mid Atlantic Region.
She was ordained by the Hebrew Union College-Jewish Institute of Religion’s Rabbinical School and received her Masters of Theological Studies (MTS) from Harvard Divinity School.
Rabbi Landsberg has served as associate rabbi of Central Synagogue in New York City (1981-84) and then as rabbi of Temple House of Israel in Staunton, Virginia and Congregation Beth El in Harrisonburg, Virginia until coming to Washington, DC.
Arriving in Washington, D.C. in the fall of 1988, she assumed leadership roles in inter-religious affairs and in Black-Jewish relations.  She served as the vice-chair for the Interfaith Coalition on Justice and Peace, a coalition of national religious bodies influencing public policy. She served on the board of directors and had been the national spokesperson for the Religious Coalition for Reproductive Choice, an inter-religious organization dedicated to safeguarding the constitutional guarantee for reproductive freedom.
Rabbi Landsberg is the 2012 recipient of the Jewish Foundation of Group Homes S. Robert Cohen award. She is featured in Amazing Gifts: Stories of Faith, Disability and Inclusion by Mark I. Pinsky. She co-authored with Shelly Christensen, “Judaism and Disability: R’fuat Hanefesh—The Healing of Our Souls, Individual and Communal,” in Judaism and Health—A Handbook of Practical, Professional and Scholarly Resources (Jewish Lights).
Rabbi Landsberg and her husband, Dennis Ward, have one son, Jesse L. Ward, a recent graduate of the University of Pittsburgh, now fully employed.
Bio pulled from The Ruderman Foundation 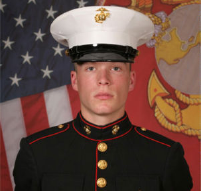 In honor of Caron Dale by Andrew and Sandra Eskin

In memory of Richard A. Rogers by Bill and Tracy Patterson

In honor of Caron Dale by Patricia Puritz

In honor of Debbie Mello by Diana Greene

In honor of Caron Dale by Jenny Levin & Carl Mahany

In memory of Solomon Behar by Colleen McEnroe

In honor of Holly Baynham by Lindsey Baynham

In honor of Lara Herscovitch by Roy P Greene

In Memory of Dr. Leonard Cahan by Marjorie and George Greenberg

In Honor of Dr. Leonard Cahan by Judi and Jay Eskovitz

In Honor of Jaime Halpert by Carolyn Goldman

In Honor of Chuck Williams by Patti Williams

In Memory of Marilyn Jentz Thorington by Tracy Patterson

In Honor of Caron Dale and Nancy Cohen
by Lucy Hassell

In memory of my father, Alexander Nazaretz,
one of the most courageous people I knew
by Michael Nazaretz

In Memory of Dr. Leonard Cahan
by Marjorie and George Greenberg

In Honor of Dr. Leonard Cahan
by Judi and Jay Eskovitz

In Honor of Jaime Halpert by Carolyn Goldman

In Memory of “Tee” (Mary) Williams by Patti Williams

In Honor of Caron Dale and Nancy Cohen by Lucy Hassell

In honor of Sydney and Dolores Polakoff by their children

In memory of Julius Menn from Colleen McEnroe and Pete Evans

In memory of Mike Friedlander by Sondra